Remember the rhyming lines in Princess Bride:
“No more rhyming now …  I mean it!”
Anybody want a peanut?
They are fun and bring a smile.  Amazing to me is the power words carry.  Sure, I’ve seen the movie a few times, but here we are years later and I still smile when I think of those words. These rhyming words were brought to my mind while reading a article about Isaac Watts a hymn-writer (Joy to the World among the most well know of his 750 hymns).
Amazing how the word come to us and have such power as to leave us laughing or in tears for years.  The power of words are astounding.  Words are powerful and fun.
Isaac Watts had a great talent for delivering verse.  I like this story of  a cool “verse” spoken in youth under digress.
This is how the story goes as quoted from the source:
“Even as a small boy, Watts had a great interest in versifying. Once, during family prayers, he began to laugh. His father asked him why. He replied that he had heard a sound and opened his eyes to see a mouse climbing a rope in a corner, and had immediately thought,
A little mouse for want of stairs
ran up a rope to say its prayers.
His father thought this irreverent, and proceeded to administer corporal punishment, in the midst of which Isaac called out,
Father, father, mercy take,
and I will no more verses make.”
May we all our minds employ in assembling words that bring great joy! 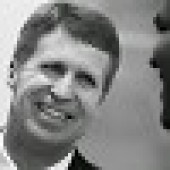 Change. The only constant.